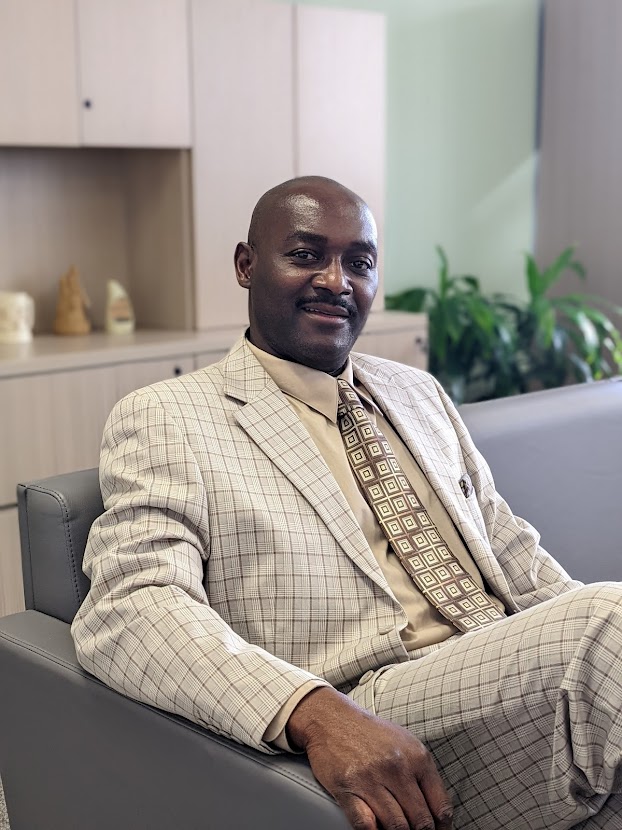 Doumbe Betote Akwa took up his duties as Director, Conference Services, on January 31, 2022. Prior to his arrival as the head of Conference Services, he had spent 12 months working as a Manager and Senior Adviser at the Privy Council Office, where he contributed significantly to the creation and implementation of the Privy Council Office’s Diversity and Inclusion Program.

Before this, Doumbe worked at Finance Canada for nearly 11 years as Chief of Linguistic Services, where he managed the development, implementation and monitoring of programs focused on service delivery. He also played a leadership role in the delivery of federal government communication products. His responsibilities included coordinating, supervising and directing the revision and translation of high-visibility projects, such as the federal budget, the Economic and Fiscal Update and Canada’s COVID-19 Economic Response Plan. He advised senior management on strategic and operational issues and on the correct usage and terminology for the identification and description of government programs, and managed Linguistic Services projects as well as human and financial resources.

Doumbe’s career with the federal public service began in 2008, when the National Research Council of Canada hired him as a Translator, Editor and Language Adviser. He performed the same duties for 17 months at Health Canada.

Having earned a PhD in language sciences and co-authored publications in linguistics, Doumbe also has 10 years of experience in university teaching and research at the Paris X Nanterre University in France, the University of Quebec at Chicoutimi, Simon Fraser University in Vancouver and Dalhousie University in Halifax.