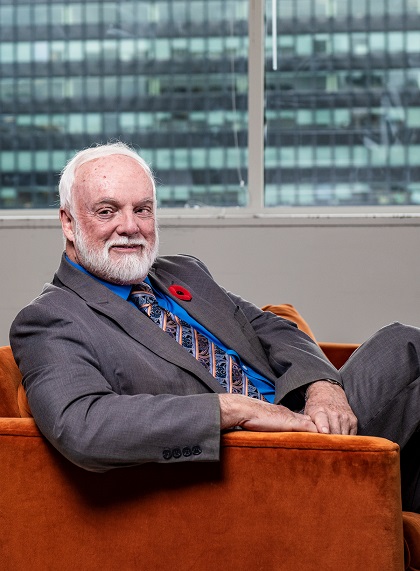 Mr. McArdle joined the Privy Council Office in 1969 and participated in the constitutional review process of 1968-1971 and was involved in the exercise that led to the patriation of the Constitution. In 1980, he was named Chief, Administrative Services at the Ministry of State for Social Development. In 1983, Mr. McArdle became Executive Assistant to the Assistant Deputy Minister of Intergovernmental and International Affairs at the Department of Health and Welfare Canada.

From September 1983 to February 1989, Mr. McArdle occupied several key positions in the federal Department of Communications, including that of Director of Federal-Provincial Relations and of Senior Policy Analyst in the Strategic and Planning Directorate. In March 1989, he was appointed Assistant Secretary to the Canadian Intergovernmental Conference Secretariat and participated in the 1992 Charlottetown Accord constitutional exercise. Mr. McArdle was appointed Secretary of the organization in June 2005.

Mr. McArdle is Past Chair of the Foundation for the Study of Processes of Government in Canada which includes the Forum for Young Canadians. He is a member of the Heads of Federal Agencies Steering Committee and the Small Department Audit Advisory Committee. He is also actively involved in many non-profit organizations in the national capital region. Mr. McArdle is a recipient of the Queen’s Silver Jubilee Medal.